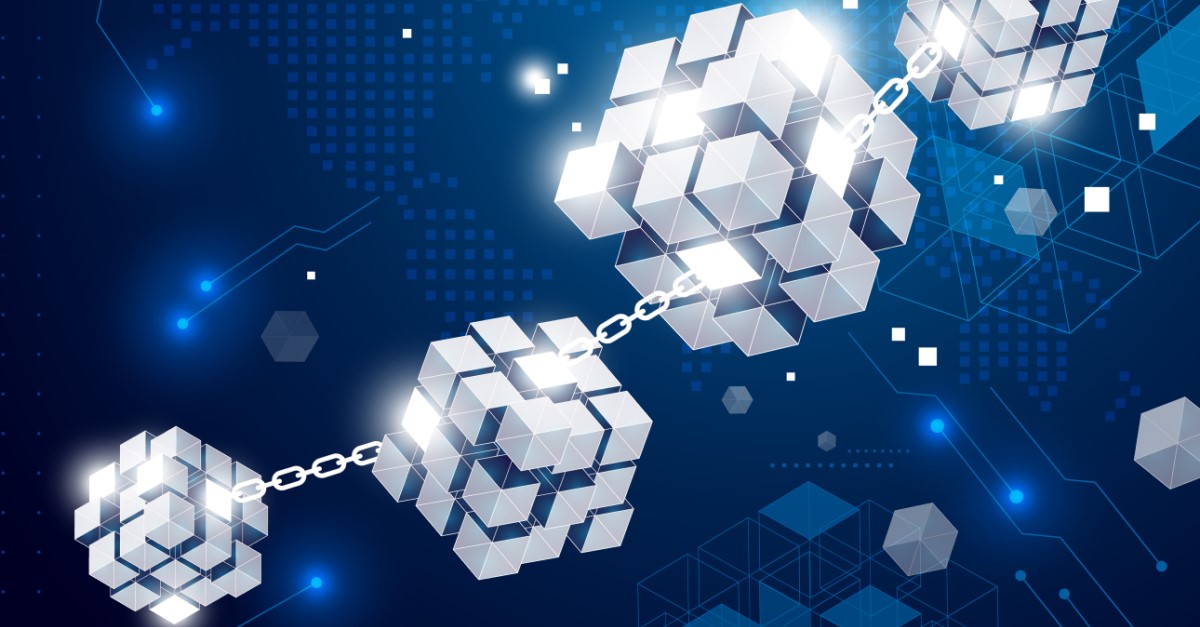 Back in 2018, I wrote a blockchain series and looked at several HR use cases: payroll, personal data and hiring. The first article includes a blockchain primer, so if you need an update, read that first. I finished the series with a look ahead, where I discussed reality vs the hype, and potential adoption problems like energy consumption and regulation.

Fast forward 4 years and much of the hype around blockchain still exists. Even though real-world applications have arrived and it looks like the metaverse will be built on blockchain technology, mass adoption is still a long way off. It’s been very quiet in the HR space, and that deserves a closer look: what happened and why are we not seeing more blockchain solutions?

Gartner’s 2022 Hype cycle for Blockchain and Web3 shows that blockchain wallets and cryptocurrencies have come out of the Through of Disillusionment and are on their way to reach the Plateau of Productivity. This means that as these solutions mature, we get a better handle on their use cases.

But other blockchain applications, like smart contracts or decentralized identity, have only passed the Peak of Inflated Expectations and it remains to be seen if and how they mature. But the real problem: the lack of “killer apps” in the enterprise domain, and more specifically for HR. So let’s revisit the topics I examined in 2018 and see how far they’ve come.

The problem with payroll

Just because we haven’t heard a lot about the use of blockchain technology in HR doesn’t mean that nothing was happening. It’s just that the experiments were less successful than expected.

Let’s start with payroll. The most important part of a payroll is the calculation engine. It takes all the inputs and data changes, applies the rules and regulations, and uses that to create a payslip with a gross to nett overview. The initial thought was that a payroll on the blockchain would provide maximum transparency, and allow people to track what happened with their payslip from start to finish (input to output).

In reality, calculating payroll on the blockchain wasn’t practical for several reasons. You must run and complete a payroll in a limited amount of time, and you can’t wait for every calculation to be broadcasted on the network, so that the appropriate blocks can be created. It’s too resource and time consuming and it doesn’t scale. In addition, once you start the calculation, no manipulation takes place, so why would someone need access to a specific block? And so, it became clear that running payroll on the blockchain was not a good business application. It doesn’t outperform a database and the number of blockchain transactions is simply too high. All pilots folded, and I don’t know of any company that is developing a blockchain-based payroll engine – but let me know if you do.

Where blockchain systems did catch on was in distributing the output of payroll: the salary payments. And especially in the area of cross-border payments. Hiring people internationally became more prevalent during the pandemic, but paying people in a different country usually means payment delays and higher costs, which disadvantages the employee.

By using cryptocurrencies, payment providers can send an employees’ salary via the blockchain network to their digital wallet and they will receive it the same day. It’s also a way to pay unbanked employees, who can hold a wallet on their mobile device. These transactions are faster and cheaper than using the traditional banking infrastructure, simply because it involves fewer parties.

However, paying people in cryptocurrencies is not an acceptable business practice everywhere, and can lead to problems with the authorities. In some countries, cryptocurrencies are illegal. In addition, because cryptocurrencies are relatively volatile, the employee could be faced with value swings (up and down). So while this use case works, its adoption remains limited.

The future success of using crypto payments will depend on how well these companies can compete with traditional money transfer systems, like direct deposits and credit card payments, and offer a faster, cheaper, safer and more reliable alternative. Today, Visa conducts 24,000 transactions per second. Compare that to Ethereum (15 seconds per transaction) and Bitcoin (up to minutes per transaction) and you understand there is work to do.

It’s estimated that about 300M people have a crypto wallet. Before this can go mainstream, user convenience needs to improve as does trust. There is a long way to go to set up the appropriate global infrastructure and obtain a regulatory framework. Given the current “crypto winter” and the collapse of several of these currencies, I don’t see a fast path to increased business adoption.

Taking control of your personal data

While Web3 is in its infancy, the idea behind it is clear: it’s a way to eliminate the total control of a few very large Web 2.0 companies, and give power back to the user, using an infrastructure based on blockchain. The ultimate purpose is to distribute wealth more evenly between all network participants through new revenue sharing models. People will own their data and control who gets to use it and for what purpose.

The most feasible HR application on the blockchain is that of self-sovereign data and digital identities. Users create and control their own tamper-proof digital identities including career credentials. In such a scenario, the employee stores their personal data in a career wallet on the blockchain, and the HR department is allowed to access and use that information during the employment. Once the contract ends, access to the wallet ends immediately, or is terminated once legal terms expire.

But that would also mean that HR needs to switch to a completely different support model. And given the current Web 2.0 HR solutions, that all rely on in-company managed and stored data, that is a long way off.

Decentralized platforms help an employee build an immutable verified provenance for certificates, credentials, experiences, references etc. Once it’s stored on the blockchain in a career wallet, it can’t be tampered with or you would notice. Companies can use this information to assess candidates and match them with vacancies, and it’s much less likely that a candidate embellishes their resume: the wallet is the proof.

But it also raises concerns: once a document is in your wallet, it’s there forever. Think for instance about a not so favorable review: most companies I know write in their policies that an unfavorable performance review will be erased from your personnel file after a few years. That can’t happen on the blockchain: a record is immutable. Your past is with you forever. And when it isn’t, people will ask about it. There is no chance to start over again or forget certain parts of your history. We’ve all done things we’re not proud of – what if they stayed with us forever?

Do you know what a Bored Ape is? Bored Apes are a collection of 10,000 unique NFTs (non-fungible tokens) on the Ethereum blockchain. In 2021, these digital creations became immensely popular and some changed hands for more than $300,000.

When you buy a Bored Ape, you own a piece of art that can serve as your digital identity or avatar. You also own the commercial usage rights. You can re-sell your NFT for a profit, and you can sell products based on the art. You also have access to the Bored Ape Yacht Club, an exclusive community.

What’s unique about NFTs is that they are based on smart contracts on public blockchains. This allows a creator e.g. to stipulate they will receive a percentage of each additional sale. A smart contract can also hold other conditions, for instance that a payment is automatically triggered upon the completion of a milestone. This makes contractors less dependent on the whims of an employer.

And while I don’t think the average project manager or consultant will ask you to enter into a smart contract, it’s feasible that a creator (in the broadest sense) would make their IP available to you via a smart contract that explains what you can do with that IP. Most importantly, instead of transferring ownership, we’ll likely see smart contracts that include conditions under which the creator receives additional payments. Whether or not that is an acceptable practice, is something you need to think through.

While you might think a smart contract is too much of a hassle, what if the marketing department really wants to work with a famous illustrator and that person insists on a smart contract? So I’d recommend that you look at smart contracts in more detail, and decide on your company’s position.

Let’s get real about blockchain

When I think about blockchain and HR, I can’t help but feel that it has been a promise that’s long overdue. And that in several cases the answer was “blockchain” before we properly identified what the question was. It’s telling that in 2018 I identified around 25 companies that were building blockchain solutions for HR. Of them, a handful exist today, and half of those have moved away from a blockchain infrastructure. I’ve added a new list at the end of this article.

Blockchain excels in uses cases where multiple organizations access and share the same data and also need visibility into transaction history on the blockchain ledger. Supply chain is a great example, where goods need to be tracked on their journey across the world from beginning to end. That also makes clear why HR adoption is so slow: when HR information is shared across multiple organizations, you run into privacy issues. It can’t be done, unless the data owner, the employee, explicitly allows it.

The real problem is that it’s often hard to describe why a Web3 application is better than a Web2 solution. The latter are usually cheaper, more secure and more energy efficient. Some people even wonder if blockchain was a bad idea to begin with. But I’ll leave that decision up to you!

I hope you found this blockchain update helpful. What do you think about HR and blockchain? Are you running a pilot? Let me know!

If you are interested in practical blockchain applications, take a look at these companies that are building solutions in the HR & payroll domain (in various stages of maturity):

Chrono.tech – building a comprehensive ecosystem for HR and finance