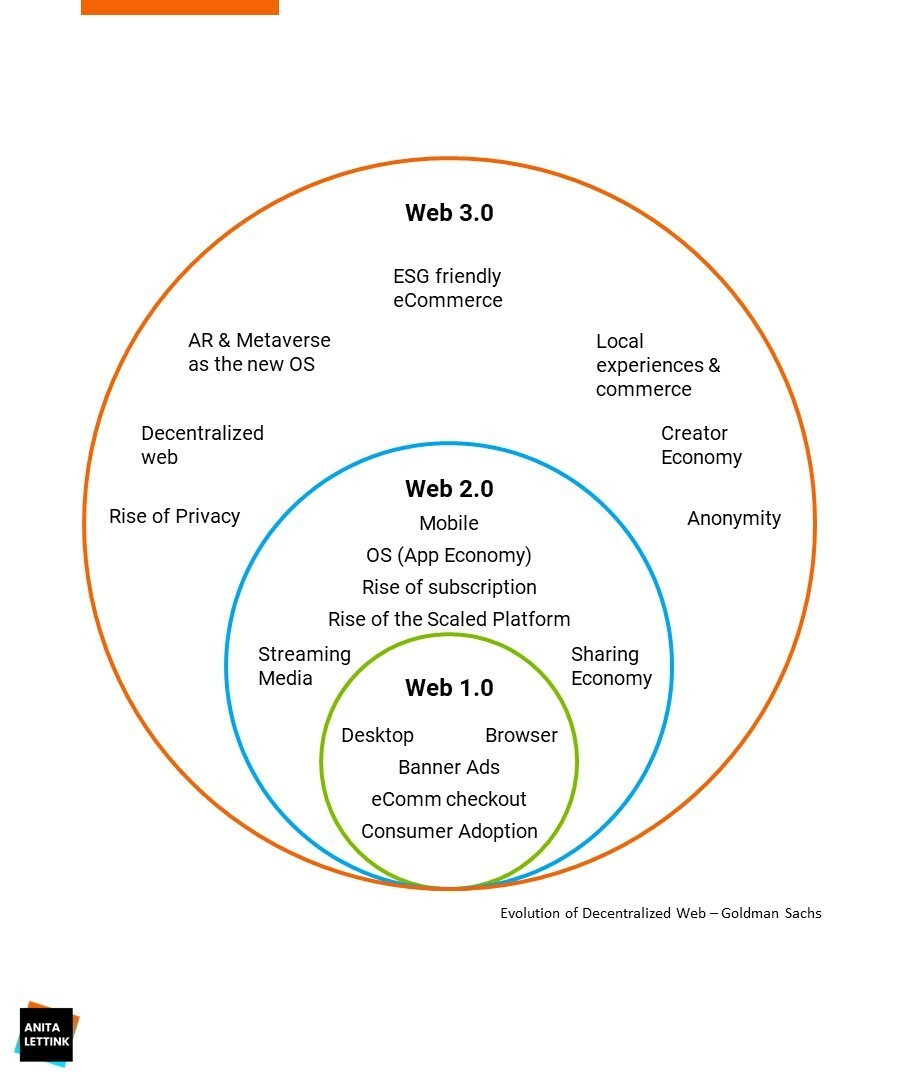 When you see pictures of the metaverse at work, it looks like we will spend our workdays with a headset on while your avatar meets with other avatars in a virtual office. But I find that a bit too dystopian. What about you? And is that really what the metaverse will look like?

So let’s start with the million dollar question: what is the metaverse? If you’re old enough to remember Second Life, you’ll have a slight idea of where we are headed. Or just ask the kids to show you their Roblox.

The metaverse isn’t defined yet: it’s a concept, an idea where we are headed. I’ve listened to podcasts, read articles, watched videos and have come up with a definition that I will use for this series:

The metaverse is an immersive, virtual and shared space where people come together to meet, socialize, work, play and connect in real-time.

I’ll probably adjust the definition as we discover more, but for now, we’ll use this.

But what about Web3?

When people talk about the metaverse, they often mention Web3 in the same sentence. So is that the same thing?

Not really. Let’s take a look:

Yes, that is an enormous expectation and realization is a long way off. I am also skeptical about the suitability of blockchain as base (especially its scalability, transaction speed and energy consumption as Web3 goes mainstream). I wrote a couple of blockchain articles focused on work, that you can check out.

The other issue I see is that the move to Web3 requires massive investments in developing these emerging, supporting technologies. And so we can talk about ‘power to the people’, but the initiatives I’ve seen so far are all driven by large corporations with deep pockets. And you can be sure they won’t make it available for free or run it as a decentralized democracy. Other initiatives started out with great intentions, but when they became more successful, their founders IPO-ed.

With so much uncertainty, it’s best to think of Web3 as an overall emerging concept, and of the metaverse as one of its manifestations. The Creator Economy is another one, which I expect to have a much deeper and faster impact on work. More on that in the next newsletter.

I found this picture helpful, and I hope you do too:

Back to the Metaverse

As mentioned above, today’s internet is flat and 2D, powered by websites, Apps and closed ecosystems.

Using VR and AR, the metaverse will offer shared 3D spaces, where users interact via avatars, and participate in a virtual world.

People can buy services and virtual goods, for which they pay and get paid in cryptocurrencies. In that sense, you can see the metaverse as a logical next step, making the most of these new technologies.

The metaverse will be used for a wide array of things, and work will be part of that. You – or rather your avatar – will be able to join online meetings in a virtual space that closely resembles your office. You can also move from one virtual place to another while completing tasks and collaborating with others.

And while the fully immersive metaverse might be a decade out, companies are already buying up land in the metaverse. They set up storefronts to sell their products, and create office spaces. All virtual of course, and what they really own is an NFT.

You might have heard about NFT’s or non-fungible tokens, because of the large amounts of money that flow into this space. Or because the artist Beeple auctioned off one of his NFTs for $69M! Which really was an exception.

NFTs are virtual assets that you can buy and sell with money or crypto, and that use the blockchain to claim ownership. Assets can be anything, from plots of virtual land to a concert ticket to sneakers and other clothing items for your avatar. There is a lot of controversy around NFTs (what do you really own?) and we’ll discuss that when I take a closer look at Getting Paid in the Metaverse.

And with that, we’ve discussed the most important foundational topics that we need to explore the metaverse at work. I hope you enjoyed the introduction, and I am looking forward to the next article. We’ll look at the Creator Economy, and how that will change work. And since I am one of those creators, I will share my own experiences.